Night Policeman Harry Floyd Hooker had been notified that a drunk man had been robbed by a stranger, who had started out of town by way of the Cotton Belt Railroad track. Officer Hooker boarded a freight train which was "doubling" the hill north of town, and sighted a man standing by the track for the train to pass. The train was stopped, Officer Hooker walked back to the man, and the trainmen heard him ask the stranger to let him see what he had in a bundle he was carrying. The man shot Officer Hooker once in the left breast and fled. When the trainmen reached Officer Hooker he was lying in the center of the track, and was dying. Hooker reportedly said, "He got me," before he died. Hooker's pistol was lying on the track by his body, showing that he had seen the stranger draw his gun and had attempted to shoot, but was too late.

A search by the sheriff and a posse could not locate the killer. No one was ever arrested or prosecuted for the crime. Oral family history reported that the suspect was shot and killed near Houston a year later, and confessed to the slaying of Hooker before dying.

Officer Hooker was made night watchman about six months earlier. He was survived by a wife, Betty Pearl Ward Hooker, and two sons, Floyd Dante and Hollis Hooker. Jacksonville citizens donated $250 to the widow. Hooker was buried in the Kemp Cemetery in Kaufman County. 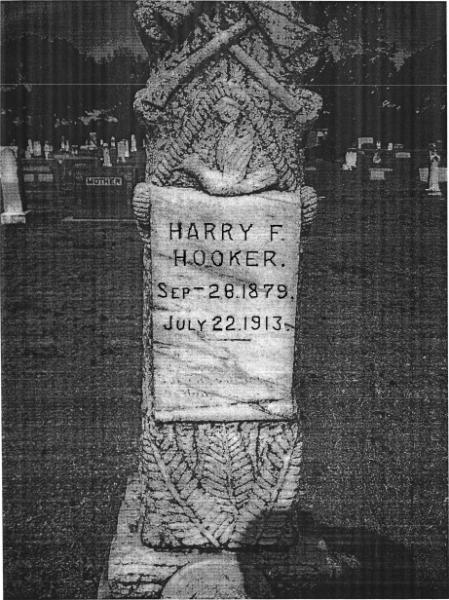