In Memory of Marshal William A. Clark

City Marshal William A. Clark observed B. F. Temple (also referred to as Nick Temple) carrying a pistol in violation of the city ordinance. Marshal Clark confronted Temple who had the pistol in his hand, and demanded that he surrender the weapon. Temple refused, cocked the pistol, and told Marshal Clark not to approach him. Temple crossed the street and the marshal followed. Then Temple fired at the marshal. The second shot struck the marshal in the bowels.

Both men then emptied their.44 caliber pistols at each other. The marshal started walking down the street and told the gathering crowd that he had been killed. Temple went to his father’s house and got a shotgun and came after the marshal. Temple was arrested before he could shoot the marshal with the shotgun. 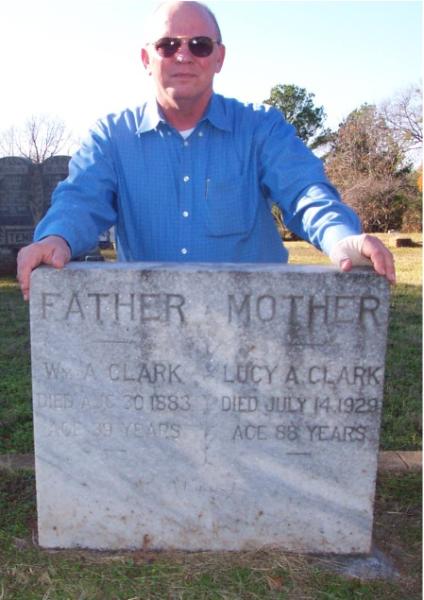 Clark died on Thursday, August 30, 1883. He gave a dying declaration and said goodbye to his wife and friends before dying.

William A. Clark was 39 years of age at the time of his death. He was survived by his wife and at least two children. He was buried in the Jacksonville City Cemetery, Cherokee County, Texas.