Al was born in Jacksonville on May 4, 1902 and attended Jacksonville public schools. As an adult he made his living by playing at local square dances and church gatherings during the 1920’s. As with many folks, the depression forced a career change and during the day he worked as a house painter to supplement his income. Still, his love was music and so he often moonlighted, playing with a band comprised of African Americans doing mostly square dance parties and local private clubs. Al left the band in the mid-1930’s and went on to perfect his unique style in the rough and tumble oil boom towns of East Texas. East Texans loved his new style and soon he was able to save enough to open his own tavern, in Turner Town, and form his own house band, The Texas Troopers. The songs Al wrote were to become the building blocks of country music – beer drinking, raucous and rollicking, and often with a theme of loneliness and sad remorse.  In 1937 he recorded a song that would become the label for a new style of country music, “The Honky Tonk Blues.”

It’s not known when Al changed to his stage name of Dexter, but it appears he had done so when “Al Dexter and the Texas Troopers” recorded their first record on a local label, the American Record Corporation. After first being played on a local county music station in Longview, it didn’t take long for other recording companies to hear about this new style of music and soon the recording company OKeh (today Sony Records) and  Vocalion (today a British company) were opening their labels to him.

When World War II broke out, Al was already too old to serve, but his music really struck home with those in the service as well as at home. In 1943 he recorded and released “Rosalita” and on the B side, “Pistol Packing Mama.” Although both songs went to number one on the Billboard charts, “Pistol Packing Mama” was his enduring legend.  His inspiration for the song came from an incident that happened at his tavern. A gun toting woman chased her husband’s girlfriend (one of Al’s waitresses) out of the bar, across a pasture, and through a barbed wire fence. Al was taken entirely by surprise and so later wondered, “How would you talk to a woman with a gun?” His answer was to become lyrics in the song – “Lay that pistol down, babe, lay that pistol down.”

In January, 1944, Lieutenant Commander George Cook of the PT boat “USS Holder” wrote to Al that he and his crew had nicknamed their boat the “Pistol Packin Mama.” The insignia on each side of the ship had a Texas steer, a scantily attired cowgirl packing a pistol, and underneath it said, “Pistol Packin Mama.”

The song was so popular that later in 1944 Bing Crosby and the Andrew Sisters both recorded and released the song. It was listed as one of the top three songs of World War II and became the marching chorus of the New York Yankees. Endless parodies were sung in USO and camp shows. Al was in demand and his price for an appearance at a vaudeville show was $3,500.00 per night.

The post war years were good for Al and the Texas Troopers. They cranked out hit after hit. In 1945, “I’m Losing My Mind Over You” rocketed to number one for five weeks and the flip side, “I’ll Wait For You, Dear” got into the top 3. Moving from OKeh to Columbia Records in 1946, Al topped the country charts for 16 weeks with the instrumental, “Guitar Polka” which also crossed over to be on the Pop Top 20. In 1946 he received the Western Motion Picture Association award, was voted “Leading Artist” by the Jukebox Operators Association, and finally an “Oscar” for “Guitar Polka.” He received 12 Gold Records for million sellers from 1943 to 1948.

Up to 1952, Al and his band toured playing theaters, nightclubs, fairs, and rodeos. Then Al opened his own nightspot in Dallas, The Bridgeport Club. In 1971 he was inducted into the Nashville Songwriters Hall of Fame. In a speech made at the ceremony, he recalled trying to find a recording label in 1935, “and times were not so good. The record company said they could not pay much royalty on records that sold for 16 cents wholesale, but I said I would take it, as I’m not doing much anyway right now.”

Al retired from the music scene in 1974 and passed away in 1984 at his home in Lewisville, TX.

Vanishing Texana Museum has one of Al’s promotional posters as well as a complete CD set of “Al Dexter’s Found Masters Collection.” We hope you will stop by to see the poster and spend a few moments listening to this historical artist. 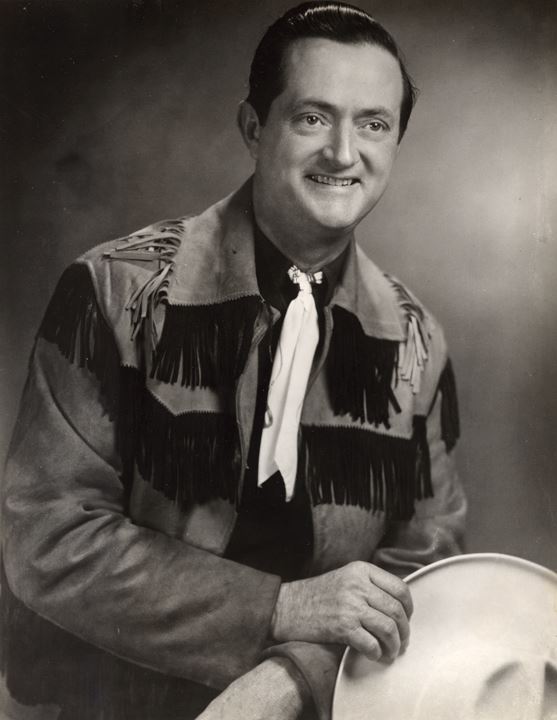 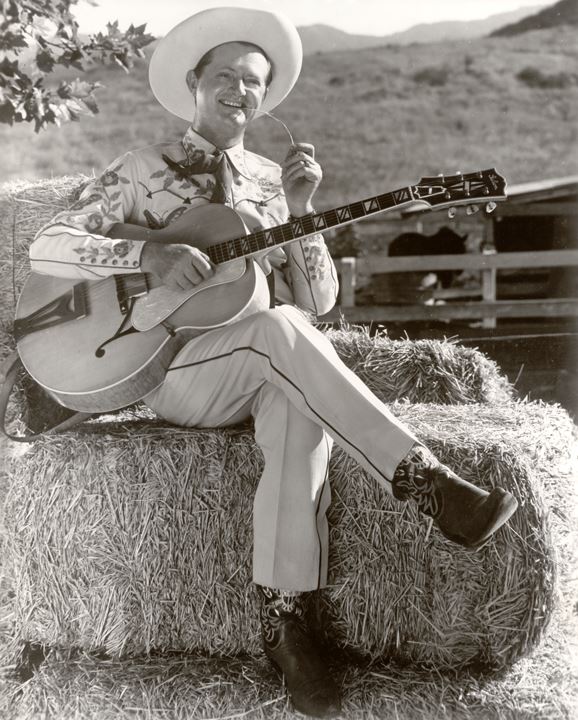